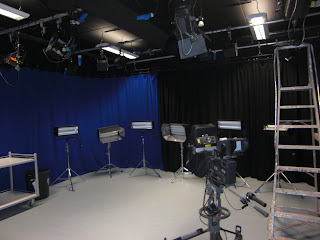 Actually it began on September 19, 2011 but who's counting? To describe me as a mature student is an understatement. Suffice to say that I'm over 25. I'll settle for that. Well, come on! To get into a Top Film School you need to be either smart enough, or old enough! 'Nuff said.


So why did I choose to be a student and what exactly is it that I'm studying? The subject matter is film. The creative aspect is making it. In a nutshell I'm studying Creative Film and Moving Image. Next question is not only 'why' but why did I insist on being in the Top Film School? Now that's a good question and can't be explained in just a few words.

And so the rest of this blog will be all about why I chose to become a student when I should be at home, wearing my smokers jacket and carpet slippers while I watch TV. Well, I've got the T shirt for that one and I'm sick of it. Time for change and I wasn't going to settle for second best. I chose the Top Film School, Cleveland College of Art and Design. 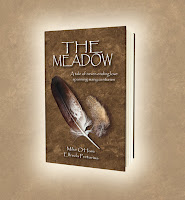 As a writer, I can get into all kinds of genres and create some pretty unique stuff. For example, I spent almost four years co-writing The Meadow with Elfreda Pretorius. It's because of this book that I decided to become a student. Where's the connection do I hear you say? It's quite simple really. Feedback from those who have read the book seems to be unanimous: "Wow! Great movie material" they all say. Of course, we liked that -- wouldn't you? Before I enlighten you as to why I decided to move in behind the cameras and learn this art myself from the experts who instruct at this Top Film School, not only in this area but worldwide, you need a little more background.

Just like J K Rowling, we sent our manuscript to every agent in the UK and many in the US and Canada. Just like J K the agents never bothered looking at our material. J K finally struck lucky with one of the agents and that's another story. We decided to self publish and have come out with a pretty nifty looking novel. In fact I've yet to come across anyone who has had a bad word about it. However, the marketing and promotion of this book is entirely down to me and my writing partner, Elfreda Pretorius. Exploiting the Internet is an art and it's not everyone who can 'cybervent' (my word) the surf to full advantage. Do I want to become another Ridley Scott -- who by the way, is a graduate from West Hartlepool College of Art which is now part of CCAD? Probably not -- but I figured it couldn't hurt to learn how to promote a great book by learning from the best people in the industry. And it certainly impressed me that someone as famous as Ridley Scott chose this Top Film School to become his alma mater.

So what am I doing here if I don't intend to become a famous movie producer? Well, yours truly is probably the most technically challenged person you could ever meet. Remember that great picture of George W. Bush looking through field glasses the wrong way and with the covers still on? That's me. Put a camera in my hand and I can guarantee that it will take me a month to get the lens open. It's the same with a camcorder or any other contraption we can think of. So why on earth did I choose to sign up for a course in moving film? Simple -- sheer frustration. Frustration at not being able to take the bull by the horns and show the public, especially the reading public, what I can produce and what I am capable of. I would love to make little teaser dramas about our book, or start a whisper campaign to intrigue the public into actually reading the beautiful story that The Meadow is. These are some of the creative things I can think of, and that is just the beginning.

In short I've joined the industry. I'm on the bottom rung of a very long ladder. I'm with the Cleveland College of Art and Design (CCAD) a Top Film School in the UK and working towards creating material that can engage the public and help to inform them of a few facts. One of those facts will hold information about The Meadow. The link will take you to The Meadow Home Page. However, there's a long way to go before I can consider myself capable of producing quality images and sound that will tempt Joe Public to go look and see what I have in store for him.

Harry Potter jumped on the Hogwart Express to take him to a mystical place where he would learn his trade. Although it doesn't sound as romantic, my journey is via a simple bus or car ride to an academic centre of excellence in the world of film making.

Just follow the blogs I write about my journey. The links will be entered below.

LINKS TO FURTHER BLOGS BASED ON MY ACADEMIC PROGRESS

Teamwork
Posted by Mike O'Hare at 09:07 No comments:

WELCOME TO MY HOME PAGE

You will find all the links to my other blogs regarding my educational progress as a Top Film School student at Hartlepool College of Art at the foot of this page.

RISING FROM THE ASHES

Mike O'Hare
I completed co-authoring a novel of more than 600 pages at the end of 2009; a huge venture which took more than two and a half years to complete. My writing partner is Elfreda Pretorius and, would you believe, we never met until the book had been completed. How it all started is a long story and I shall be explaining all of this in detail as I progress. Watch out for The Meadow. See The Meadow Home Page